The Chennai Summit: A Way ahead for Asian Giants
Submitted By Dhrupad Vipad 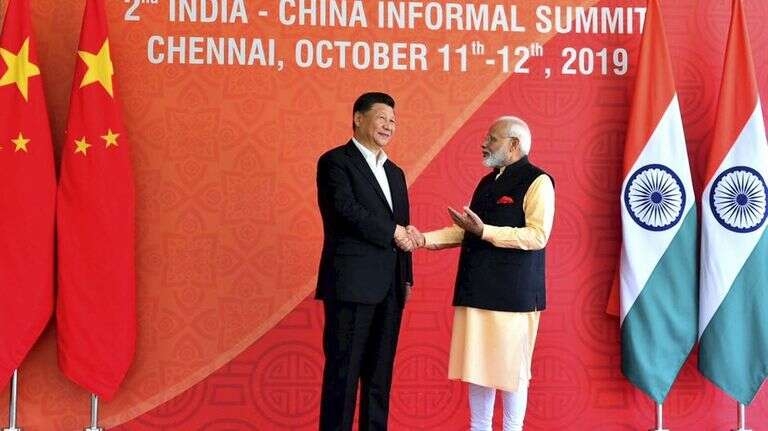 This was a first peculiar informal visit by Chinese President Xi Jinping to India in the historic city of Mamallapuram after PM Modi’s re-election. The casual meet up of the two big powers shows the level of significance of this relationship which they share with each other.

The informal nature of this visit aptly depicts the sense of acceptance that both the nations have for the mutual issues affecting them. Unlike in the past, when the former Chinese Premier was quoted telling the then PM of India, Rajeev Gandhi that; “We don’t have the wisdom to solve the ongoing cross border issues between both of us, let’s leave it to the next generations”, these informal summits seemed to be fulfilling than prophecy.

Moreover looking at this through a cultural gradient, since the visit is being held in Mamallapuram, prospects about a new approach for better diplomatic tie-in can be made. Taking a glance into historical evidence of cultural connections between India and China, a vivid description is available until the 13th century, where Confucianism and Hinduism had walked hand in hand. Such a relationship had existed before India’s Independence until the cultural revolution of Mao Zedong, that demolished the Confucian and Buddhist cultural practices in China.

On the one hand, where both the nations want a cross border stabilization, the rising concerns for the Indian side are about China’s Maritime trade transgression policies, and Chinese interest shooting up in Pakistan.

Indo-China trade deficit has risen to 60 billion USD, while India exports Tea, Coffee, Fish, Meat to China, China exports four times more, and that too in a range of commodities from idols of Indian Gods and Goddesses, crackers to high tech machinery like Metro Cars and high power turbines.

India, along with Australia and Singapore, is worried because of Chinese presence in the Indian ocean. China’s dexterity in building up islands is clearly visible to expand its maritime economic borders. They are dumping the soil in small Islands, where they set up airbases and ports. In a recent interview by the speaker of Maldives, he said that “China is much more worst than East India Company, they are expanding their territory without firing bullets”.

Furthermore, China is colonizing Pakistan, it was the only Nation which came out openly to back Pakistan’s stance on Kashmir and forcing India to maintain the status quo in Kashmir as on before 5th of August 2019.

In addition to this, China has made 0% import duty on 311 commodities from Pakistan.

CPEC, which is a port of strategic importance for China and gives it access to the Arabian Sea, passes through Pakistan occupied Kashmir.

Astonishingly after his visit to India, President Jinping is on a state visit to Nepal, which now after a change in government is more ideologically close to China as both the nations share a common Communist doctrine.

“China is seeking to find a sweet spot: to increase its influence in Nepal without upsetting India’s India’s security concerns in what used to be its predominant sphere of influence.”

Nepal also shares its border with Tibet which has been occupied by China. Hence, China’s thirst for territorial expansion is once again visible from this instance. China is aware of India’s soft power, and acknowledges its prowess, President Xi Jinping left a significant message through his adage that “ the elephant and the dragon dance together and is the only correct choice for the two countries, China-India should help each other to accomplish their respective goals, brighten up each other to realize the great rejuvenation of our two great civilizations.”
Tags: