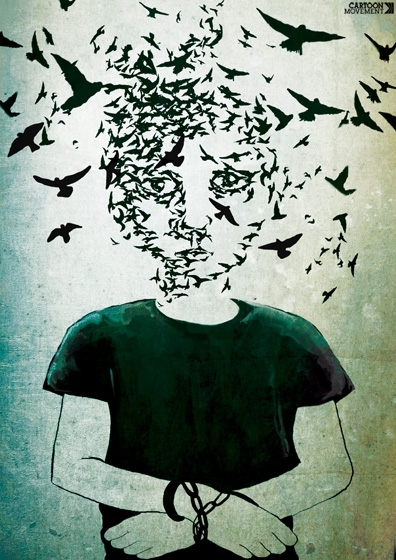 Decolonisation of Indian mind can be compared to the process of detoxifying India's mind, body and soul. The toxic impurities that have percolated into the Indian polity due to centuries of Mohammedan invasions and proselytising western colonisers need to be flushed out of the Indian thought process to achieve the temperament of swaraj in a real sense. Academia to Administration and from policies to its execution, the shadow of colonisation is in some way or the other, impacting our decisions and approach. We believe ourselves to be free from its shackles and see ourselves to be acting in detachment, but in reality, we have not been entirely successful in achieving swaraj in our thoughts. We have started off in the right direction; however, it will take long and strenuous effort to free us from this legacy and arrive at the divined destiny of swaraj.

What can be a better metaphor to understand the Impact of Colonisation on Indian minds than a real-life story? A perfect epigraph to De-colonisation in Contemporary times. A historical lesson to correlate our immediate thought process.

The story came from the French revolution when France was standing up against its monarchy. King Louis XVI, until his last days of Anarchy, like his predecessors used to maintain prisons, where Political prisoners were kept under rigorous restraint and isolation. These sentences were at times carried out for decades, and Prisoners often had no knowledge of developments outside their prisons. After the success of the French revolution, revolutionists captured this jail and released its prisoners. But, to the absolute dismay of Revolutionaries, most of these prisoners returned to their prison cells, and some even cuffed themselves with the broken Hand-cuffs and torn chains. When one of the revolutionaries finally gathered the courage and enquired one of the prisoners of their weird behaviour. The reply that the prisoners gave to their liberators concisely sums up to the present situation of the colonised Indian minds.

The prisoners replied, "we have led this life of desolation, Bondage and Darkness for soo long that, now the light is unbearable to our eyes, we have become so accustomed to the weight of these chains that we can't sleep without them, and the isolation has developed into such a habit that the sound of civilisation now hurts our ears". A critical observation of the above incident accurately illustrates the state of ignorance that most of us have developed from our constant exposures to Colonial constructs. The weathering of Indic values and osmosis of Semitic and European isms into our society has shut the doors of our originality in intellectuality. The Myopia of Monotheism that has engulfed our thought process needs a detailed analysis, as well as, robust and practical solutions to deliver us from this plight, and revamp our Indic lenses to rejuvenate the plurality in our thought process. While churning the Meta Narrative of Decolonisation, we must detach ourselves from developing a propensity for negationism.

Everything from the west need not be harmful, and every attribute of modernity need not be in the best interest for us. As stated by Pt. Deendayal Upadhyaya in his 'Principle of Confluence', "While accepting and implementing any change, we must ensure that it is as par the ethos of our Nation and has Viability in contemporary times." The Principle pronounced by Pt. Deendayal Upadhyaya has provided us with the necessary direction in which this nation has to traverse. While maintaining plurality in our opinions, this Principle essentially gives us the foundation to traverse on a unidirectional way. Apart from finding a unidirectional approach to our shared objectives, Indic values must become a 'quid pro quo' for all Policy decisions.

Subsequently, some Macro sectors where Decolonisation needs immediate attention are;

1. The medium of Knowledge.

In the Post-colonial era, continuity of Macaulay model of education systematically debased the significance of Indic languages and established the hegemony of English education over prevalent Education practices. English came preloaded with impressions to render our thought process monotheistically, and inclusivity was replaced by the exclusivity of monotheistic elitism. This elitism quickly infected the subsidiaries of governance, judiciary and most of the bureaucracy and created a massive fault line between commoners and these policymakers. While subsidiaries of governance and judiciary were supposed to be complementary to the body polity of this nation, on the contrary, it became an external entity and disengaged from the society at large. The lack of will to reinject and rejuvenate the Indic thought process further aggravated the problem.

Furthermore, Lack of Indic methodology to research and analyse an issue added to the dilemma. While Indic Worldview saw the use of Knowledge as a tool for deliverance, the western narrative called for using Knowledge as a tool to acquire power. This fundamental difference in the two approaches; one Semitic(monotheistic), and the other Vedic(Indic), are in a constant collision and has resulted in the creation of Fault lines within the society. These binaries, when forced down the throats of our future generations packaged as higher studies, will cost us a clash of cultures, while we choose to remain mute spectators of the folly.

From achieving Linearity in the education system instead of the present model of a tiered approach to education. From traditional methods of democratisation of Knowledge to present formats of literacy, and from a linear approach to governance as detailed in the Arthashstra to new parameters of governance and policymaking. A rigorous amount of research and policy recommendations are quintessential to achieve our goal of Decolonisation from every aspect of the Nations polity. Hence, this article is one such meagre attempt to rekindle the necessity for Indic thought process, that is free and unshackled from the inclinations of Semitism and elitism and engrained in the roots of the Bharatiya society.