A Triple Frontier: The Joint Venture of Anti-National Forces

Shrutikar Abhijit
A threat of existential nature today challenges the integrity of our nation. The most prominent challenge among these arises in front of our tribal communities. However, contrary to the popular perception depicted through the media, tribal’s in India are being victimised by dangerous propaganda set by the 'TROIKA' of Anti- Indian forces, namely, the Communists ( Urban Naxals/ ultra-left), Evangelist Missionary forces and Jihadists. Although all of these forces have inherent differences, yet all of these forces have united beneath a 'Common Minimum Program' (CMP) aimed at Breaking/Disrupting India's peace and progress. The CMP is based on the founding principle of turning the 'Blood against Blood' i;e 'Indians against Indians'. As any social or anti-social experiment requires a test subject, the 'TROIKA' had agreed upon experimenting on the TRIBALS as a test subject. 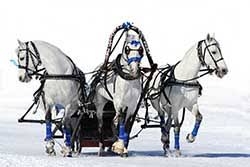 After the recognising the failure of the Naxal movement, the Ultra-left/Urban Naxals have revised their strategy. Instead of introducing futile morals of Marxism or Maoism, the Urban Naxals, who happen to be the strategizers of the 'TROIKA' have revised their method to add fault lines and to exploit the Tribal communities for their vested interests. The Joint venture of these anti-Indian forces has primarily identified three categorisations of tribal’s in India;


1. The Tribes in North-eastern regions.

2. The tribes in North Indian regions or what 'they' called the tribes of mainland India. and;


In the north-eastern regions, due to forced isolation of the Britishers and enforcement of 'Inner Line Permits' and other selective restrictions, and its continuity in the post-independence era, the 'TROIKA' there had a relative upper hand in implementing their nefarious propaganda.

Years of Isolation, on the one hand, isolated the tribals of N.E. as it systematically discouraged synergies between communities residing in restricted areas and populations living in other areas. This forced solitude slowly developed into isolationism and cultural exchanges and matrimonial relations slowly died off. The fault lines increased, and the heritage of brotherhood and unity among diversities slowly faded away and developed into fault lines.


While, on the other hand, selective restrictions allowed Evangelist missionaries to prosper their agenda of converting the tribal’s from their indigenous customs and traditions. Subsequently, a nexus between the evangelist corporation and that of some fringe separatist forces furthered the isolation and created the necessary fertile ground for a more militant form of evangelism. A recent incident in the state of Meghalaya needs special mention, where, Christian Khasis got into a feud with tribal’s who for following traditional faith of the Khasis were denied rights to a cremation ground. A perfect example of the Adage, 'Blood against Blood'. This is just one such example among hundreds of other similar incidents, where the fellow tribals were turned against each other to fulfil vested interests of a Semitic corporation of conversion.


Another nexus has been observed in the state of Assam, where Evangelists and Jihadists forces are working in tandem. While the Evangelist avoids any activity of proselytisation in Muslim dominated areas, the Jihadist avoid confrontation and provide logistical cover to Evangelist corporations in carrying out their activities in the Tribal areas.


Meanwhile, the urban Naxals in Assam have actively engaged in de-constructing the social narrative or creating an alternative truth to compliment the other two stakeholders of the 'TROIKA'. One such example of de-constructing the social narrative was seen in the Anti-CAB (citizenship amendment bill) agitations. Where public attention was diverted from illegal Muslim migrants of East Bengal to Hindu Bengali refugees, who had fled religious persecution and sought refuge in India. Through this formula of De-construction, the urban Naxals in Assam didn't deny the menace of Bangladeshi Muslim migrants. Instead, they diverted the attention to Hindu Bengali refugees as a more significant threat than the century-old phenomenon of Muslim infiltration into Assam. As an add-on, fabricated stories of Assamese Hindu and Muslim brotherhood were circulated through their influence on the popular media. This propaganda was quickly picked up by the Jihadi sympathisers and Christian missionaries, as it further complemented their purpose and as par the 'CMP' extended their helping hand to the Urban Naxals with manpower and Money. The tribal’s were further provoked with this imaginary threat, which allowed the 'TROIKA' to make further inroads into these communities by creating an imaginary common enemy and posing as potential allies against this threat. As the public (tribal’s and Non-tribal’s) remain gullible to such imminent threats, the 'TROIKA' strengthens itself from their ignorance and projects a potentially dreadful future for all and especially the tribal’s of N.E.

The 'TROIKA' has taken a different strategy for the tribal's in North India or as more popularly in the Narrations of the Urban Naxals, 'Tribal's of Mainland India'. Concomitantly, the state of Jharkhand has been at the forefront of this experiment, and after failure of the Naxal Movement there, Urban-Naxals/ Ultra-Left have devised a new modus-operandi. Under this new approach, Urban Naxals have identified certain loop-holes and have scandalously exploited them to de-construct narratives that can benefit the 'TROIKA". The Practice of Pathalghadi, which was prevalent from ancient times, was manipulated in such a way that it caused friction between tribal’s and the Administration. Pathalghadi is an ancient practice that involves planting a large rock to register some significant event, tribal decree or incident in time by the tribal’s residing in those areas. Currently, around 13 districts that come under PESA act and 5th schedule are facing some degree of 'Pathalghadi' related law and order issue. The innocent tribal’s had been provoked to enact an adulterated from Pathalghadi, and have manipulated the tribal’s to ban the entry of outsiders, Police and security forces in those areas. Some of these areas are also moving ahead and are trying to declare their own currencies. There had been other incidents where feuds had erupted between the security forces and tribal’s when security forces carrying out anti-Naxal and Anti-Narcotics operations were barred entry into these areas. Episodes of apprehending Security personals carrying out constitutional duties were also reported in these areas.


Once again the urban Naxals working widely in these areas have successfully de-constructed a legal decree of the constitution with an alternative truth benefiting the 'TROIKA'. While Urban Naxals designed the propaganda and provided logistical support, the Evangelist Corporation through their network of Local followers and crypto converts manipulated the tribal’s from within. Jihadist sympathisers like the PFI( Popular Front of India) have also joined in and are actively engaged in forming a socio-political alliance capable of substantial political gambit. The formation of such geographical entities within the state is also beneficial for Naxal movement as these areas are a perfect cover for the armed Naxals to find safe heavens from Police and security forces.


Moreover, the Evangelist corporation, though their influence and network in foreign media houses are taking De-construction to the next level and copious op-ed’s and seminars are being propped to pacify this De-construction theory as a transgression of tribal rights. The 'TROIKA' has a vital upper hand to succeed as all the three primary anti-India forces have considerable strength in these areas and have been working and studying fault lines for decades to realise their propaganda. The challenge presented upon by these anti-Indian forces is in the most critical form in North India. As the tribal’s in these areas are manipulated and used as test subjects in their experiment of Fracturing the social structure of India. Unfortunately, it is the tribal’s who would face the worse effect of this experiment, while the 'TROIKA' has nothing to lose, the tribal’s, on the other hand, have everything to lose. As the society around, unaffected by this gambit progresses, they remain submerged in the binaries of this experiment of De-construction.


The Tribal communities in the southern states of India are also facing a similar challenge, as they are fed the fake Aryan-Dravidian fable and isolated from their age-old traditions. The evangelist forces increase their yield as Urban Naxals provide them with the necessary cover fire. In all the above cases stated earlier, perhaps the motive of the Jihadist forces have remained the most constant. The Jihadists have spent all their energies into acquiring Socio-political or economic alliances and gain political power. The Dalit-Muslim Alliance, Adivasi’s-Muslim alliance, Dravida-Momin alliances are some samples of these experiments.


The critical reason that has secured the partnership of the Jihadists in this 'TROIKA' was the success these Jihadist forces had tasted earlier in the pre-partition era, where an alliance of the Dalits under JN Mandal, Communists under PC Joshi led by the Muslim League under Jinnah succeeded in breaking India. However, in contemporary times, the entry of evangelist forces and the refurbished communists or urban Naxals led by the Jihadists, pose an even more significant threat of existential nature to the Indian society.


At this critical juncture, the informed pubic of India must join hands to provide the necessary safeguard to our Tribal brothers from the 'TROIKA' and work systematically to refute their theories of De-construction that are falsifying the Tribal heritages and traditions to fulfil their vested interests. Two recommendations that we must work on are;


1. Formations of Tribal cultures and Heritage Study Centres across the tribal areas of India. Where Holistic research can be done, and Holistic tribal scholars can be groomed, who can take constructive narratives to the tribal’s of India. Moreover, such study centres can go a long way in formulating proper policy suggestions and can guide policymakers to design effective area-specific policies for our Tribal brothers and sisters.


2. Organising Cultural exchanges or Mela. In ancient times through the medium of such Mela's cultural exchanges used to happen between communities and economic activities that occurred in such events further cemented the goodwill among communities. For a better understanding of this tool, one can refer to the Jonbeel Mela organised every year in Assam. Though such initiatives we can reignite the cultural brotherhood among communities in these Areas affected by the 'TROIKA' and its De-construction

Apart from these possible solutions, further intellectual churning is needed to identify more potent solutions to the challenge that is posing an existential threat to our Tribal brothers and sisters.