The Flag of Our Fathers

"I hold the Kashmir Government responsible for the death of my son. I accuse your government of Complicity in the matter “the 82-year-old mother of Dr Shyama Prasad Mookerji, Shrimati Jog Maya Devi, in her letter to a cold-hearted Nehru wrote. 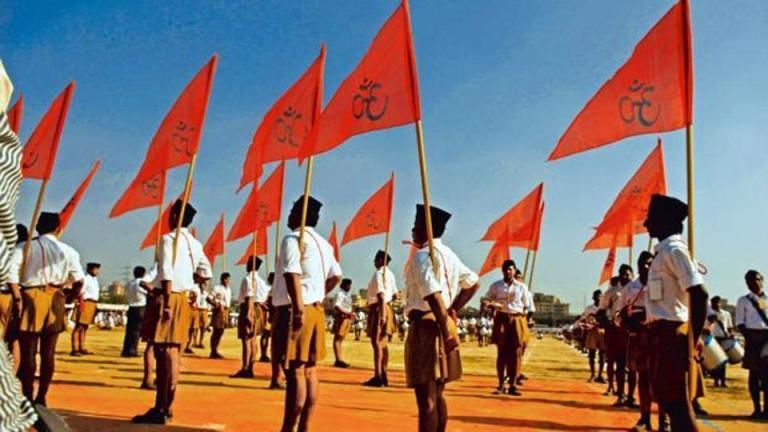 The tale of Martyrdom from Dr Mookerji's to Pandit Deendayal Upadhyay, are only two instances in the long line of Martyrs, who made the supreme sacrifice to accomplishing Swaraj in the Socio-Political ecosystem of Independent India. The Bharatiya Jana Sangh rekindled the spirit of the Nation Society and against all assumptions and presumptions, emerged as a National Party of the civilisational society.

The philosophy of the Jana Sangh was deep-rooted in the indivisibility of the Nation Society. Even before the formation of the Bharatiya Jana Sangh, its founder Dr Mookerji had done his best to protect the interests of our bequeathed siblings in the amputated regions of a formerly organic, contiguous and civilisational geography. From being a cabinet minister, from the non-congress fraternity, to resigning without a moment's hesitation as a mark of protest against Nehru's reluctance in raising voice against the genocide of Hindus in East-Pakistan. Dr Mookerjee had left an astounding legacy of sacrifice and civilisational wisdom for his laters to follow.

From 2014 to 2019, the Nation Society has made an incredible journey. From being divided into artificially created fault lines of Castes and creeds, it rose to effectuate the faithful citizenship of an ancient, yet, continuous Civilisation. The rise of the Nation society from slumber had irked the monotheistic forces around the world. They fear the awakening; they fear the arising quest for veracity, for it will shake their foundation of falsehood and the world shall realise the eternal truth. Our promised place in the world stage I;e of a Vishwa Guru, seeks to deliver the world from Parochialism to Universalism of divinity, that realises God in every creature (Assamese যত জীৱ তত শিৱ। Hindi जत जीव तत शिव।). ).

Nevertheless, before starting our journey to deliver the world, we have to relieve ourselves of the ignorance, which has for long, plundered our thought process with nebulous and bogus reactionary philosophies. It is time we shun these artificial ideologies and comprehend the political aspect of our civilizational quest.

The modern nation-state of ours that has evolved as a vibrant democracy needs to be replenished with our dedicated and directed attempts. We need not make the supreme sacrificial offering this time, but, we can sacrifice our lethargy and inaction, and act with conscious for the Nation and its Nation society.

The awakening has irritated monotheistic forces to the core, and as a result, they have devised several gambits across the Nation. They are masters of deception and camouflage. They have sincerely studied our propensities and have mastered the art to exploit it to the fullest. But, this time we have to reserve our expression of universalism for only those who can reciprocate the same.