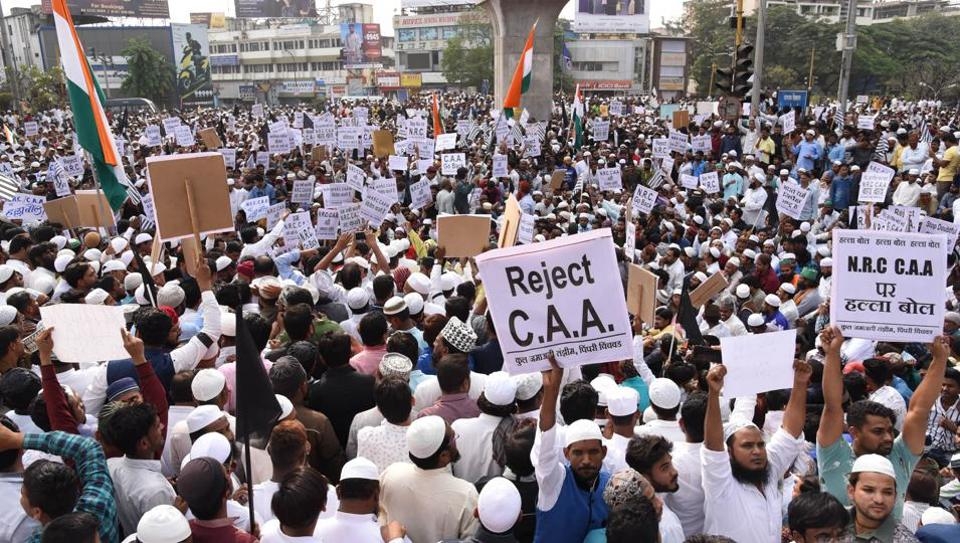 The Jamaat e Islami, a fundamentalist Sunni outfit with counterparts in Pakistan and Bangladesh, is providing the backbone to the ongoing nationwide protests. Led mostly by upper-caste Syeds n Shaikhs, it is utilising the CAA issue to get back at the Modi govt for banning triple talaq. It failed to mobilise support within the Muslim community on the Triple 'T' issue because most Muslim women welcomed the liberating law. So now it is networking with other malcontent bodies to launch a hate campaign against Modi govt. CAA is not the issue but a regime change is on its agenda. And look at the leaders of the protest -- Umar Khalid n Suzanna Arundhati Roy, who have openly declared support for Kashmiris wanting the state to be merged with Pakistan. By scrapping Art 370, the govt has majorly angered the anti-national separatists. So there is added reason to remove it.

Friends, CAA is about granting citizenship to just 31,000 non-Muslim refugees who are already here after fleeing from religious persecution in the Islamic republic’s of Afghanistan, Pakistan n Bangladesh. It is not against Indian Muslims.

NPR/NRC is an effort, initiated by the Congress, to weed out illegal immigrants irrespective of their religion. What is wrong with that? Why should Indian Muslims have anything to fear? Pakistan and Bangladesh already have national identity process. So why can’t we have one? Why should we shoulder the burden of failed states like Bangladesh? Btw it was the Jamaat e Islami of Bangladesh which collaborated with the Pak army in the genocide against E.Bengali Muslims.

So friends, let us not be silent spectators to the ongoing nonsense led by pro-separatist leaders.

Let us rally in support of the govt. It’s a now or never situation. It’s solely in the national interest. Surely you don’t want forces of anarchy to overrun our nation. Jai Hind!

(About the Author:- S Balakrishnan is a rare combination of intellectual prowess, journalism and activism. He was a senior journalist with The Times of India and is currently practising criminal law at the Bombay High Court. Balakrishnan frequently takes up matters pro bono for national interest and social cause.)
Tags: