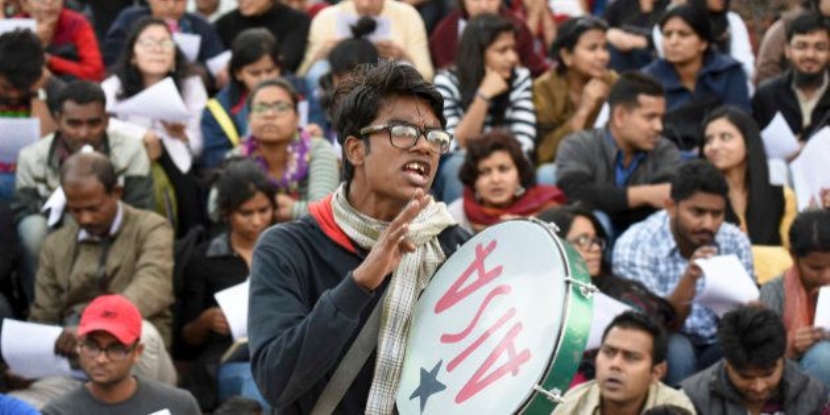 The image of India in abroad is taking a blow because of the narrative that Indian democracy is in jeopardy, intolerance is on rising, the minorities live in alarm, lynchings are common incident, rapes are prevalent, dissent is being suppressed, media is shackled and the judiciary too, is under the shadow of influence. These are the set of people who enjoy calling them intellectuals and write editorials in foreign publications and set a narrative which hardly connects to the reality of India. Questioning the establishment is nowhere wrong, and this exercise strengthens our democracy, but some take it as granted and put all the effort to tarnish the image of India globally.

Since long we have seen these writers, journos and now even Bollywood elites working hard to manufacture a narrative that India is in deep crisis. Right starting from questioning the sanctity of election commission, investigative agencies, and now they even question the Supreme Court after it gave Ayodhya verdict. These doubts and questions are just based on assumptions without any substantial evidence.

Similarly, they used the recent CAA outrage to show the Indian secularism is in danger and they tried to paint India in a way as if after CAA, India has become a “Hindu Rashtra” declaring the state religion of India as Hinduism. Secularism falls under the basic structure of constitution which can’t be amended or altered, but yet they put their wrong narrative globally. But we know where the reality stands but sometimes manufactured noises help few people in sharping their agenda.

Words like “Lynchistan” is being used so aggressively in their protests as if lynchings are taking place every minute in our nation. Their outrage is based on elitist assumptions which are far from the grounded facts and they never try to present facts because it won’t help their malicious agenda. They cherry-pick a few incidents which suit them and then write editorials representing the whole of India. But the irony is that even after voicing such opinion which harms India globally, the same people complain about India becoming a fascist nation. I am yet to find a fascist nation where people can protest against fascism and hold seminars and protests against the establishment.

Projecting India as a fascist nation globally is an insult to the voters of India who stand in long queues to choose their government. Had they googled about fascism, they would have known that in fascism you don’t have many choices, but in India, we have our own choices democratically. It is one thing to disagree with the policy of the government or their ideas but to suggest that the whole idea of India is diminishing is purely dangerous and will only weaken our democracy and nation. These elitist people hardly understand the damage they are doing to the reputation of India and their arguments are hardly endorsed in India, but countries like Pakistan and China use this to target India globally.

Hate for an idea and person should not turn as a tool in marketing hate for India globally. And this is the reason why they often fail to connect with the masses in India confining their reach to the elitist club and few universities. The constitution and democracy of India are not that weak which can be diluted by anyone and these elitist people know this very well, but this does not serve their agenda, and so they manufacture an unrealistic narrative. They may appear cool in abroad with their fancy editorials, but they are losing credibility in their own nation, and so the world intellectualism and elitism suffer negatively. It is no surprise that their anti-India editorials based on fear-mongering and wrong assumptions amounted to nothing and people continue to go with their own choice, but this influences us negatively in global forums.

The overwhelming majority of this nation who knows the reality of India doesn’t and cannot relate to such elitist assumptions. These armchair elitists would have an easier time convincing their countrymen in support of their causes if they dump their anti-India editorials and assumptions and shift their voices to policy disagreements.

(About the Author: Suranjan Dutta is a Socio-Political activist and has a vast experience of working in the rural areas of Assam. Dutta has also established himself as a successful young entrepreneur actively engaging the youths.)
Tags: