Battleground Assam: The War of Civilizations

Battleground Assam: The War of Civilizations 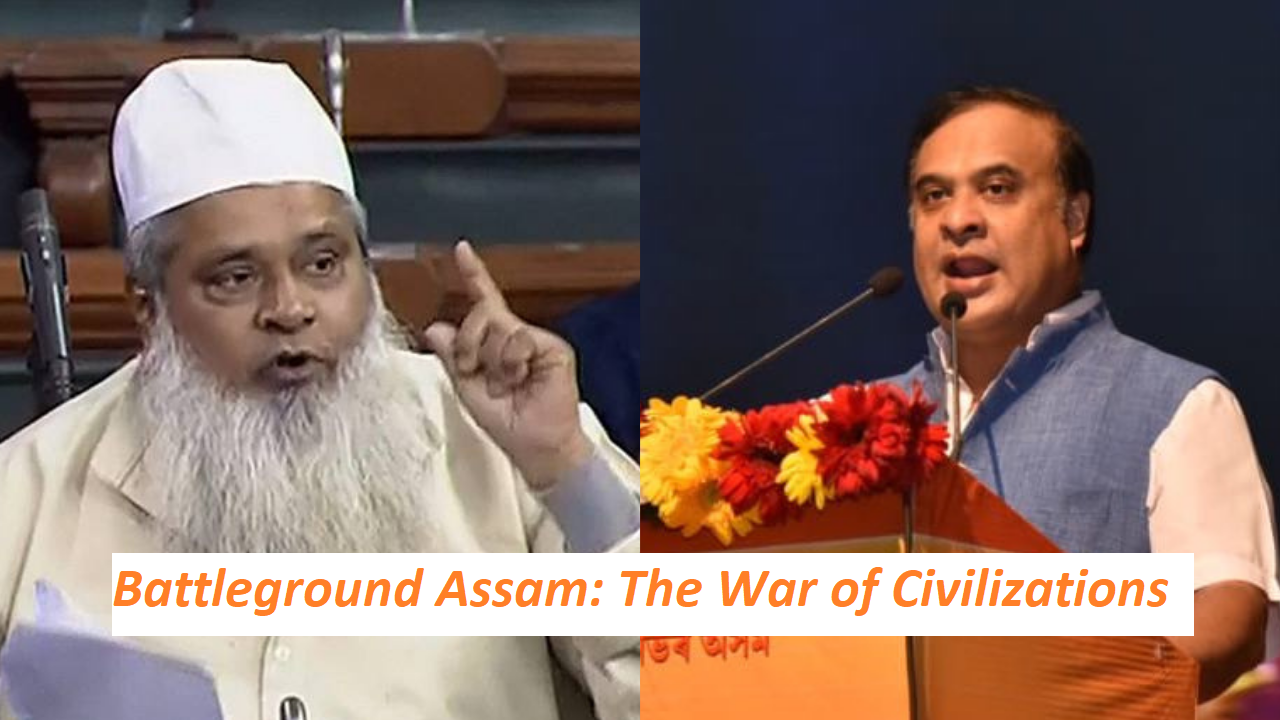 (This is a verbatim transcript of a speech delivered by Assam Minister Dr Himant Biswa Sarma on December 10, 2020, Assam Agitation Shahid Diwas, at Tezpur.

Though it's a political speech, we felt the need to publish this on ICRR as it elaborates the social, cultural and political war which is at its peak in Assam.
Lately, Assam assembly heard an unprecedented demand by incumbent Muslim MLAs to establish Miya Museum at Shrimant Sankardev Kalakshetra. It is a conspiracy to establish Bangladeshi infiltrators' Miya Culture in Indian soil.
This overweening demand of Miya Museum is the portent of increased political power of AIUDF, a party frequently criticized for its pro-Bangladeshi role.
There is no such cultural entity that exists or was associated before with Assam. The state of Assam has a glorious culture with its deep rooted significance way beyond Mahabharat era.
Give a careful read to understand the contemporary developments in Assam's cultural, social and political domain.)

Today, on this auspicious day of the 10th of December, I on behalf of the Bharatiya Janata Party, the Assam Government and the People of Assam offer my deepest regards to all the 860 brave martyrs of Assam agitation. We are indeed fortunate today that several of the family members of the martyrs of Assam agitation from Sonitpur district are present with us today. I would also like to take this opportunity to offer my humble tributes to these distinguished people present here today and I do hope that they would always remain being guides to us and would continue to bless us. Respected people, the Assam accord was signed in the year 1985 at the culmination of a huge mass movement. We already have discussed that how the Assam agitation gained its momentum after the demise of the then Member of Parliament from the Mangaldoi Lok Sabha constituency Late Shri Hiralal Patowary in the year 1978 and it tuned into a mass awakening after the public conference that took place on the 6th of December, 1979.