RSS & The China Virus: A bitter reality that the Left liberal ecosystem should digest 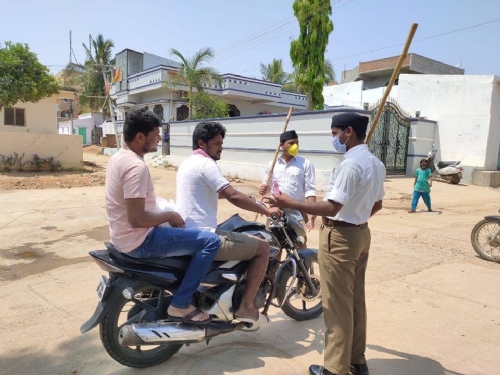 Sagarika Ghose in a recent tweet in the popular social media platform was seen praising the Seva efforts done by Sangh volunteers, selflessly distributing food and other essential items to the marginalised and depressed section of the society. In the tweet, Sagarika had advised Sangh to work constructively as socially uniting work was a need of the hour. However, as a close observer of Sangh's work for the past few years, i can't help with an overwhelming urge to respond to her ignorant advice. Therefore, employing a popular method known as an open letter, I declare the following as an Open Letter to Sagarika Ghose. To start with, the very framework of Sangh is Seva Karya or Social service. 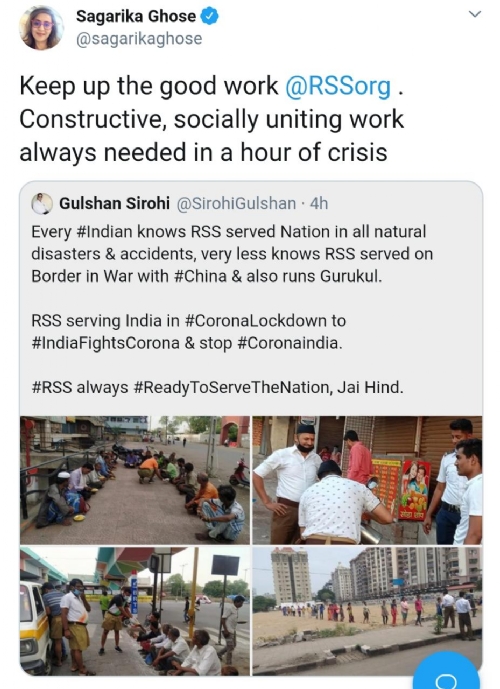 But interestingly, unlike the Christian evangelist or Islamic proselytisers who use social service as a tool for soul harvesting, Sangh takes an entirely different approach. It neither asks ones caste or religion nor does it exploits a pandemic to harvest souls and pelf while working for society. On the contrary, Sangh volunteers work away from the limelight and designer photo-ops, in situations seldom graced by page 3 social workers. 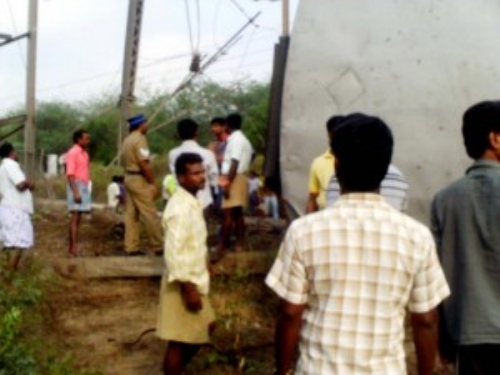 (RSS Volunteers providing rescue and relief work during a Train Accident
near Chennai)
The Sangh volunteers are in most of the times, first responders, whether in the Kolkata Flyover mishap of 2016 or derailment of the Bangalore-bound Muzaffarpur-Yesvantpur Express near a remote village of Tamil Nadu in 2013. Swayamsevaks(a popularly used nomenclature for Sangh Volunteers) are self-inspired and disciplined via a network of Sakha's and have been consistent in their resolve to work for the marginalised, irrespective of the caste of the destitute. 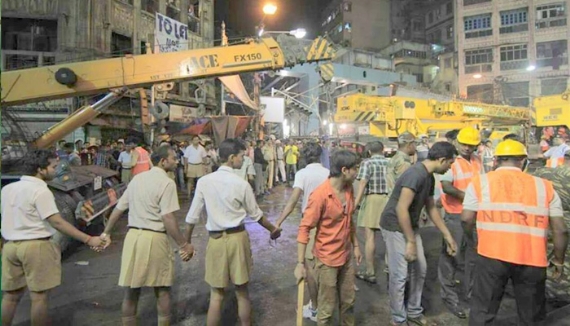 Besides, the privileged Left-Liberal ecosystem is only limited to noisy advocacy while Sangh remains invested in actual groundwork for the upliftment of the marginalised without any fuss and prejudice. The Church Back organisations are one of the most privileged in terms of receiving foreign aid in India. For example, the Ayana Charitable trust, a rebranded version of Gospel for Asia had alone collected more than 800 crores in foreign contribution in the year 2015-16 and has shown a growing trajectory ever since, but are nowhere to be seen in the recent scenario or in times of crisis in the past. Instead, even during these times of disaster, they are solely entrusted in Soul Harvesting and were also seen distributing Bibles at a government hospital in rural Maharastra, causing an unnecessary law & order situation.

Concomitantly, Islamic organisations if not employing a similar modus-operandi, are a step ahead from their Christian counterparts. In 2013, a European parliament report Titled: "The Involvement of Salafism/Wahhabism in the Support and Supply of Arms to Rebel Groups around the World" made some eye-opening revelations. The report revealed that in 2006 alone, Saudi Arabia had invested more than $ 10 billion in inculcating Wahhabism in Southeast Asia and the report had aptly established the danger it posed to free societies and democracies in the region. Organisations like the Popular Front of India, who sympathise Wahhabism, have received significant donations from the Gulf region, and are heavily spent in scheming against the Nation and the popular culture. A Saudi Embassy cable in Delhi had further revealed the role Saudi's in pumping millions of Riyals(JAFFRELOT, C. (2017, JULY 05)The Saudi Connection, Carnegie Endowment For International Peace) for works related to proselytisation and radicalisation sugar-coated and veiled under the garb of Social service. Organisations namely, Mission Trust of Malappuram (Kerala), Islamic Welfare Trust, Mujahedeen Arabic College in Palakkad and even the PFI, SDPI and formerly the SIMI also were beneficiaries of petro-dollars.

Therefore, I close my open letter to Sagarika by stating that whenever such situations have arisen or will arise in the future, you will spot these Swayamsevaks working selflessly without the hunger for limelight or recognition. While your cohorts of the Left-liberal ecosystem like Barkha Dutt were busy with Arvind Kejriwal in engineering the Migrant Exodus Gate in Delhi amid the National lockdown, it again was these Swayamsevaks who jumped into action providing food to the stranded and helping police in maintaining order after the glitter of the cameras had subsided, and designer activists had returned to their cosy chairs. Hence, I call these champions of binaries to compare with an open mind the works of Sangh on the one hand, and those of the likes of Tablighi Jamaat on the other. Where the later is hell-bent in spreading the COVID 19 epidemic by defying every norm of safety and forcing the country into an uncertain future with a fixed mindset imported from the Arabian Desert of the Dark Middle-Ages. Lastly, I assure Sagarika and her cohorts that, even if they are faced with a calamity of life and death scale in the near future, they can count on the Swayamsevaks to bail them out and save their souls without the risk of being harvested.