The Tablighi Suicide: A Global Phenomenon

The Tablighi Jamaats suicidal impulses have bought a new kind of war to the very doorstep of India. The Tablighi Jamaat that has its roots in India was founded as a missionary movement to spread radical Islamic puritanism across the globe and invoke among its cadres a lifestyle prevalent in the dark middle ages of Arabia. The Tablighi's are adherents of an ultra-orthodox radical Deobandi sect of Islam and actively promotes ghettoisation of the community. This Practice of Shunning the outside world has successfully inculcated a sense of hatred against 'the others' in its followers. 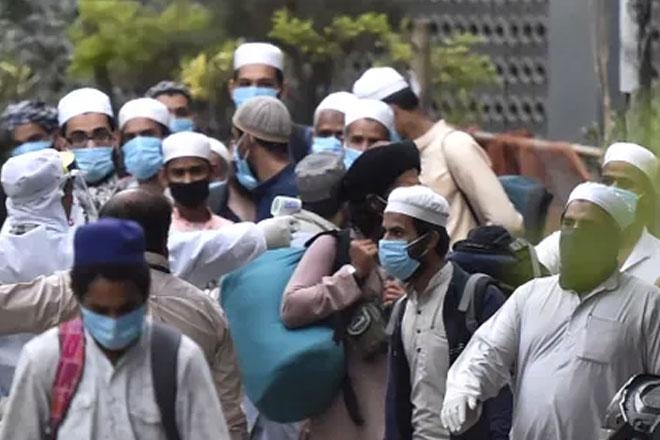 From 9/11 to London bombings to the serial blasts in Sri Lanka, Tablighi Jamaat's involvement in Global Jihad is a reality, and is serving as a gateway to terrorism posing numerous, underestimated security risks to the global fraternity(Nicholas Howenstein, USIP, 12th October 2006). The Tablighi Jamaat, which roughly translates to an 'alliance for delivering the message on Islam', believes in the supremacy of Islam and rejects the existence of any God except Allah and any other prophet other than Muhammad. It was more or less a similar attitude that had inspired Nazis for a holocaust.

The group only recognises the jurisdiction of Sharia and deny the authority of everything else, even that of a democratic Constitution. This perfectly illustrates the recent Markaz fiasco in Delhi, where the assemblage was openly flouting directives provided by the Delhi government on social gatherings till 31st march, followed by the violation of visa norms in India.

The deadly combination of minorityism and one-sided secularism prevalent in India has degenerated our capacity in dealing with the threat firmly. As the Markaz catastrophe unfolds, it reveals many ambiguities in our crude secularism. While the Indian society generalises everyone into a single unit, there are some like the Tabligh whose sole intention is to misuse a secular democracy through minorityism and pursue their anti-constitutional agenda.

While the country is on its heels, trying its best to contain the China Virus of spreading from the Tablighi epicentre, it is forced to deal with another difficulty of Jamaati's deliberately trying to spread the virus to innocent medical staffers and civilians. For instance, a recent incident in Golaghat district of Assam has exposed their sinister motive aimed at spreading the Novel virus among innocent civilians in a Jihadi temperament. Subsequently, When a few members of the Tablighi jamaat were quarantined for being present in the Markaz, news of Jamaati's misbehaving with Doctors and deliberate attempts of spitting on the medical staffers and passerby's surfaced. Eventually, they created an atmosphere where the police had to intervene to control the situation.

Similar incidents were reported where medical staffers were pelted with stones and threatened with sheer Goondaism—followed by an incident in Ghaziabad; where women health workers were molested and abused. Although the administration downplayed the incident, it doesn't take much brainstorming to realise what prompted the UP government not to depute women health workers while treating quarantined Jamaat members (Financial Express, 3rd April 2020). 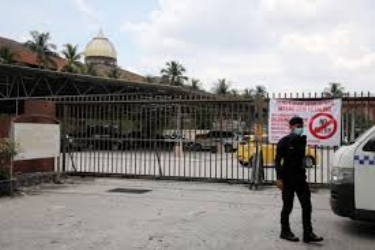 The Tablighi Jamaat's open defiance to government directives against religious gatherings has pushed every Indians fate to a point where the whole purpose of the 21-day National lockdown could be rendered ineffective. However, this typical behaviour of Tablighi Jamaat is not limited to India alone, and the Jamaat has come out to be global carriers of the China Virus.

A similar Tablighi Jamaat event in Sri Petaling mosque in Malaysia has caused a global outbreak. Over 16,000 people had attended the Tablighi 'Ijtima' in Malaysia flouting Malay government's directives and have reportedly caused around two-third of the countries total China Virus cases. It prompted the Malay agencies to start a nationwide hunt for the attendees, and around 4000 of them are still untraceable, creating dangerous circumstances for Malaysians.

More than 620 cases linked to the Tablighi event has surfaced in Malaysia, 73 instances in Brunei, 22 in Cambodia, 5 in Singapore and 10 in Thailand have surfaced. Vietnam, Philippines and Indonesia are also examining possible cases as 700 attendees from three countries had visited the four they congregation (The New York Times, 20th March 2020). Even as cases related to the Tablighi event in Malayasia are unfolding, the organisation attempted to accomplish another multi-day event on the island of Sulawesi in Indonesia. It was only after a massive public outcry that the event was finally suspended.

For the last century, Tablighi Jamaat had spread its roots across the Asian continent and to the western world with the patronages from many influential political leaders across the globe and notably from the Muslim world. At a time when the Sri Petaling mosque incident was drawing sharp criticism from across the world, the deputy minister for women and family development, Malaysia, Siti Zailah Mohd Yusoff, tried defending the Tablighi Jamaat by undermining the threat posed by the China virus. She got to the twitter claiming that "The likelihood of dying from the coronavirus is only 1 percent, while the possibility of dying at any moment is 100 percent,". Her desperate attempt to downplay the event and save the face of Tablighi Jamaat reveals the profound influence that Jamaat has on the political elites of Malaysia.

The Tablighi Jamaat by its crude sense of logic and reasoning has forced a large section of the human society into perpetual peril. Such behavioural patterns inspire animosity among communities and pose a grave challenge to Diversityism and pose a severe threat to secular attributes of Human existence as a whole. It is required that the free world settles its differences and tackles the menace of the China Virus. Once the China Virus has been dealt with, the global fraternity needs to deal with these so-called alliances promoting rudimentary propensities and deliberately peddling a motive to make freedom and democracy a hostage of fulminations, goondaism and intimidations of suicidal scales.