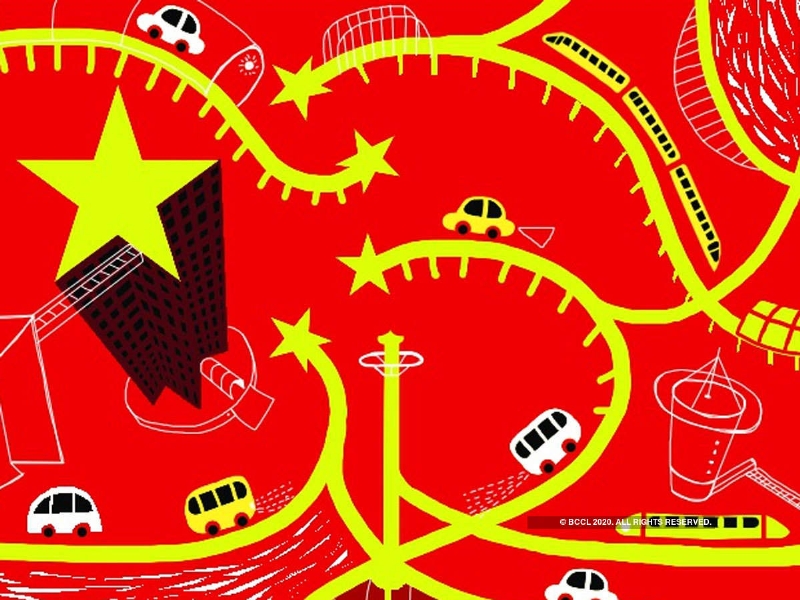 (Picture Credit: The Economic Times)
Recently, Chinese media have claimed, authority over Central Asian countries like Kyrgyzstan and Kazakhstan. Tuotiao.com headquartered in Beijing with a readership of 750 million and China’s largest platform for content creation published an article titled “Why didn’t Kyrgyzstan return to China after gaining Independence?”. It elaborated that under the Khan dynasty, 510,000 square kilometre of Kyrgystan, which means the entire country was part of Chinese lands but the Russian empire took over the territory. The article further described; Kazakhstan is even “eager to return to China”. The article explained that like Mongolia, Kyrgystan had been part of the Chinese territory.

China has made similar claims regarding territories in the South China Sea. Hence, many nations undermining claims made by Chinese media. But, today, varying interests of Russia and China are shaping geopolitical developments in Central Asia. Changing Chinese military engagement with the Central Asian Republics may upset the regional foundation of Sino-Russian relations.

After the disintegration of the Soviet Union, Russia offered Central Asian states a formal security guarantee through the Collective Security Treaty Organization (CSTO). It maintained a sphere of influence in the region. Formation of the Shanghai Cooperation Organisation (SCO) in 2001 and creation RATS under SCO body in 2004 gave a boost to the Chinese militarily engagement in the region. China’s interest in Central Asia stems from ensuring stability in its border areas, especially Xinjiang Uyghur Autonomous Region, which share borders Kazakhstan, Kyrgyzstan and Tajikistan. The region is plagued by ethnic tensions between the Uyghur Muslim and Han Chinese populations. It has also sheltered ample of Uyghur independence movements. According to China’s policy, economic development improves security which may limit the separatist calls in the region.

According to Dr Catherine Owen, “China’s expansion into Central Asia takes on a new significance as a means to sidestep US containment policies in the South China Sea.” As rising tension between the US and China influencing various parts of the world, Central Asia will be free from US influence after the completion of the Treaty with the Taliban. Hence, CARs appear to pose a fair playground for China.

Throughout the years, Russia took the lead in regional military affairs and maintaining political stability in Central Asia while China leads when it comes to economic development. China has made significant inroads in the security sector in recent years. Now shift can be seen in Chinese arms sales to Central Asian governments. The Soviet origins of modern Chinese military equipment made by China are highly attractive for Central Asian states. Many universal designed made in China arms are preferred by Central Asian countries. Chinese arms transfers to Central Asia labelled as donations is also a matter of concern for Russia. This weapon transfers aka donations are made behind the close curtains by sidestepping 2002 Chinese regulation that places limits on arms exports. And with these donations, gas is often exchanged for military equipment. China is also dominating in sectors where Russian technology continues to lag. In recent years Kazakhstan, Turkmenistan and Uzbekistan have all received armed drones from China, a strategic global market once the preserve of the U.S. and Israel.

A 2019 report from ‘The Washington Post’ found a small collection of Chinese military compounds, along with Chinese personnel, in Tajikistan. A Wall Street Journal article from the same year cited sources who referenced a secret agreement between China and Tajikistan where Beijing was granted rights “to refurbish or build up to 30 to 40 guard posts on the Tajik side of the country’s border with Afghanistan.”

China’s ambitious Belt and Road Initiative (BRI) is occupying minds of Central Asian leaders. As Eiji Furukawa rightly said, the Central Asian leaders, earlier viewed BRI as their opportunity to diminish geographical barriers with China and improve cross-country connectivity through this project. They also hoped that the BRI would shift the global economic spotlight on them. However, quite unlike what they expected, Beijing using the BRI as a geostrategic tool to strengthen and expand its hegemonic ambitions in the region. Beijing has considered the Central Asian Region as a mere transit route for European bound Chinese goods and does not guarantee economic benefits and the growth of the region. China has successfully used the BRI to relieve the pressures of overproduction in the mainland and exploit the much-needed hydrocarbon reserves of the region while landing the CARs in its deep debt trap.

Despite the growing economic activities of China in the region, Russia can today still convincingly claim to be the main political and cultural actor in the Central Asian Republics. Russia has even boosted its multicultural strategic military activities in the region, for instance, 2019 Tsentr military exercise initiated by Russian Federation, brought together troops from China, India, Kazakhstan, Kyrgyzstan, Pakistan, Tajikistan and Uzbekistan. But, we cannot deny the fact that Central Asia’s relations with China have become more critical than region’s relationship with the Muslim world. China holds a highly significant place on Russia’s agenda in Central Asia. Beijing has become an indispensable strategic partner for the Kremlin as it seeks alternatives to the West, and it is a vital economic partner for the CARs as well. Thus, eliminating China from Central Asian cooperation policy is implausible for Russia. Russia may already know this. Therefore, tackling China’s hegemonic ambition, Russia invited India to join SCO despite strong Chinese resistance, which conforms Moscow’s interests in multiplayer competition in the Central Asian region.