Why India Should Be Cautious Whilst Allowing Afghan Nationals In India.
Date: 06-Sep-2021 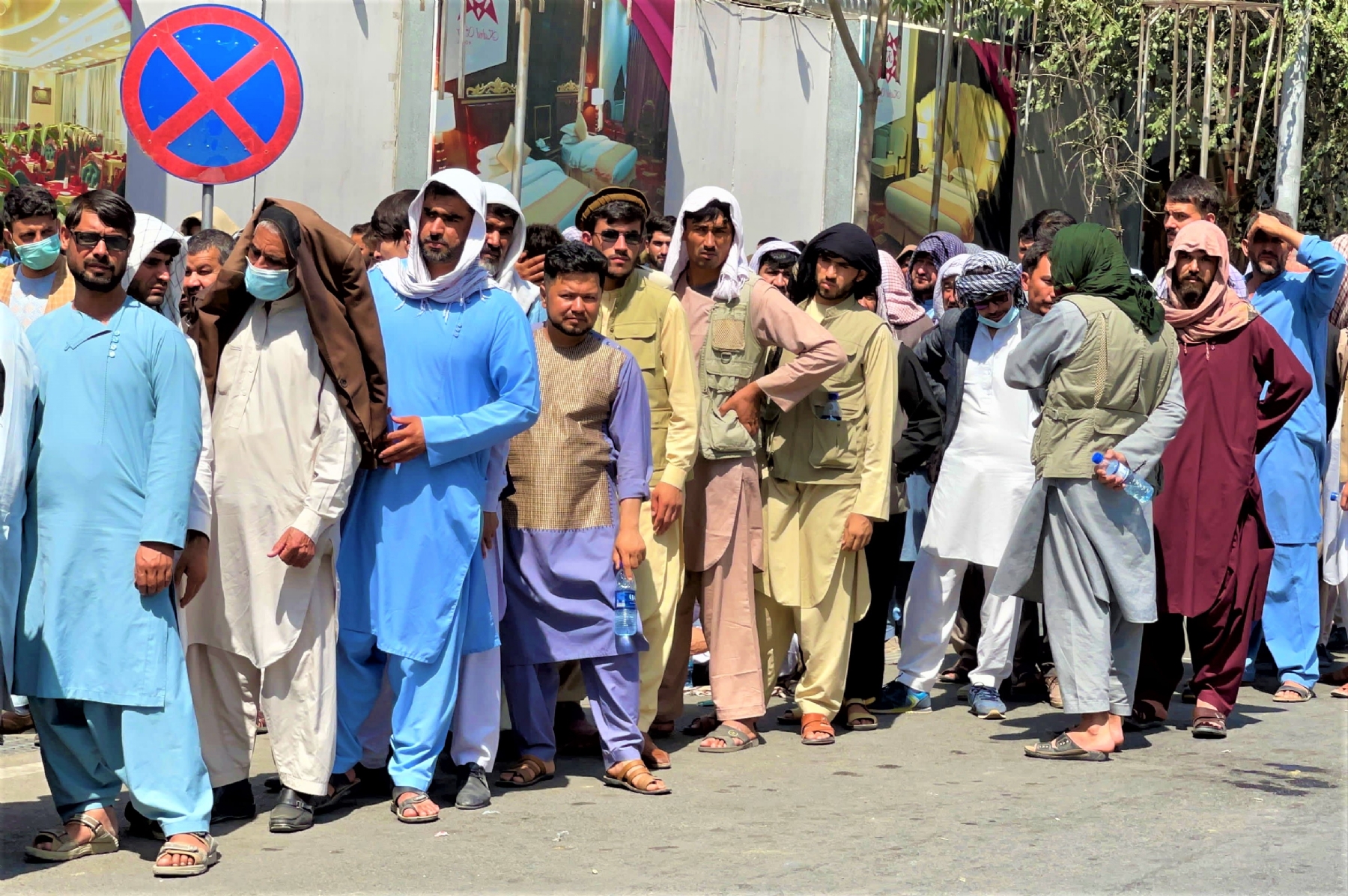 In the wake of the withdrawal of international troops from Afghanistan, there has been a rapid deterioration in the security and human rights situation in large parts of Afghanistan. The Taliban has taken control of a rapidly increasing number of districts, with their advance accelerating in August 2021, to capture 26 out of 34 of Afghanistan’s provincial capitals in the space of ten days, ultimately taking control of the presidential palace in Kabul. The US and NATO have ended their military mission in Afghanistan, bringing to an end a 20-year presence that had started with the invasion of the country following the September 11, 2001 terror attacks in America amidst much criticism, before the deadline of August 31, 2021.

Nearly 400,000 Afghans were forced from their homes since the beginning of the year, joining 2.9 million Afghans already internally displaced across the country at the end of 2020. Ongoing fighting has been reported in 33 of Afghanistan’s 34 provinces. The overwhelming majority of Afghans forced to flee remain within the country, as close to their homes as fighting will allow. Since the beginning of this year, nearly 120,000 Afghans have fled from rural areas and provincial towns to Kabul province.

In the backdrop of this, UNHCR calls on States to suspend the forcible return of nationals and former habitual residents of Afghanistan, including those who have had their asylum claims rejected. A moratorium on forced returns to Afghanistan would need to stay in place until the situation in the country has stabilized, pending an assessment of when the changed situation in the country would permit return in safety and dignity. The bar on forcible return serves as a minimum standard and needs to remain in place until such time as the security, rule of law, and human rights situation in Afghanistan has significantly improved to permit a safe and dignified return of those determined not to be in need of international protection.

The Government of India announced that all Afghans must enter India now only on special e-visas applied online.

There may be individuals who have been associated with acts that bring them within the scope of the exclusion clauses contained in Article 1F of the 1951 Convention.

Article 1F of the 1951 Convention states that the provisions of that Convention “shall not apply to any person with respect to whom there are serious reasons for considering” that:

(a) he [or she] has committed a crime against peace, a war crime, or a crime against humanity, as defined in the international instruments drawn up to make provision in respect of such crimes;

(b) he [or she] has committed a serious non-political crime outside the country of refuge prior to his [or her] admission to that country as a refugee; or

(c) he [or she] has been guilty of acts contrary to the purposes and principles of the United Nations.

In such cases, it will be necessary to examine carefully, both objectively and subjectively, any issues of individual responsibility for crimes that may give rise to exclusion from international protection. In addition, to preserve the civilian character of asylum, the Government of India would need to assess the situation of arrivals carefully so as to identify armed elements and separate them from the civilian refugee population.

In the Context of Afghanistan, careful consideration needs to be given by the Government of India, whilst allowing Afghan Nationals to enter India. In particular, to the following profiles may be excluded for the reasons of National Security:

(i) Former members of the armed forces and intelligence/security apparatus, including khAD/WAD agents, as well as former officials of the Communist regimes;

(ii) Former members of armed groups and militia forces during and after the Communist regimes;

(iii) Former members and commanders of the Anti Government Entities;

(iv) Former members of the ANDSF, including the NDS, the ANP and the ALP;

(v) Former members of paramilitary groups and militias; and

The applicability of the exclusion clauses will also need to be considered in relation to individual members and military commanders of other AGEs, including Al-Qaeda, Islamic State and members of groups claiming to be affiliated to Islamic State, the Haqqani Network, the Islamic Movement of Uzbekistan, the Islamic Jihad Union, The Lashkar-e-Taiba (Army of the Righteous), Lashkar-e-Jhangvi, Therik-e Taliban Pakistan (TTP), Jaish-e- Mohammad, Maulvi Nazir Group, Tora-Bora Nizami Mahaz (Tora-Bora Military Front), Jundallah, Harkat ul-Jihad-i-Islami (HuJI), Harkat ul-Mujahideen (HuM), and the East Turkestan Islamic Movement (ETIM).

In fact, all men of fighting age from Afghanistan, who intends to enter India and who has entered India before the on-going crisis and are residing in India, their cases must be carefully examined both objectively and subjectively by the Government Agencies to separate the armed elements from International Protection, to maintain the sanctity of civilian character of the International Protection and more importantly for the Internal Security of India.

The INTERPOL has urged member countries that includes India to enhance the exchange of information and, in particular, in the process of examining asylum applications, to:

3. Establish at the national level the relevant protocols to enable regular communication between the national authorities in charge of reviewing asylum applications and the NCB in the country;

4. Expand to all relevant authorities, including border control and authorities in charge of reviewing asylum applications, access to INTERPOL Information System, in particular, its databases and its communications infrastructure;

5. Sensitize judicial and immigration authorities of available INTERPOL policing capabilities to use in relation to asylum applications;

6. Systematically inform other countries and the General Secretariat of a decision to deny an asylum application notably in light of an individual’s criminal background;

INTERPOL has called upon member countries like India, to systematically upload to the Stolen and Lost Travel Documents Database stolen lost or revoked refugee travel documents.

The Government of India may want to establish Specialised Exclusion Unit to share data and Information of the Afghan Nationals who has entered India, who are residing in India and who intend to enter India by applying for e-Visa at www.indianvisaonline.gov.in with an objective to separate armed elements and Persons who may have committed acts under the scope of Article 1F of the 1951 Convention. The rationale for the exclusion clauses, which should be borne in mind when considering their application, is that certain acts are so grave as to render the perpetrators undeserving of international protection. The primary purpose is to deprive those guilty of heinous acts, and serious common crimes, of international protection and to ensure that such persons do not abuse the institution of International Protection in order to avoid being held legally accountable for their acts.